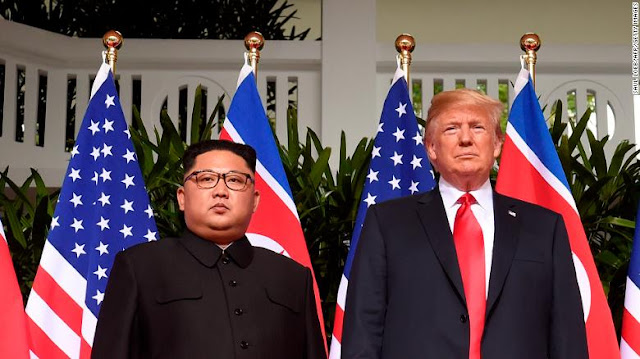 What Next After Trump - Kim 2nd Summit Prashant Shukla is an observer of International Development, Ireland India Council, Ireland. The recent famous summit between Trump and Kim ended with a mess and without a direction. However, President Trump signalled that not all over yet on the prospects on negotiations and he continues to call Kim Jong-un, whom he likes, "quite a guy."   President Trump called a “productive time” as two leaders got to know each other. The reports are emerging on some activities are seen on North Korean missile test sites. It will lead to whether the Kim might be getting ready to conduct another test to indicate his frustration with the negotiations, in which the United States refused to lift sanctions in exchange for Kim’s offering to dismantle nuclear infrastructure. It is in the news that North Korea has offered to shut down the Yongbyon nuclear complex consisting of reactors, fuel reprocessing plants, and uranium enrichment fac
Post a Comment
Read more
More posts