Showing posts from February, 2020
Show all

Irish Electoral System Is Unique In The World 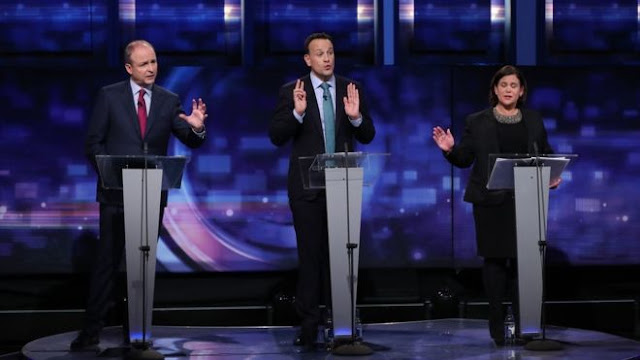 L-R  Micheál Martin,  Leo Varadkar and  Mary Louise McDonald at Leaders Debate Ireland's single transferrable vote system of proportional representation (PR-STV) is one of the most logical, flexible and democratic systems anywhere in the world. This system encourages electorates to choose the candidate or party they like best. In situation, if candidates have no chance of being elected, then using their preferences to ensure that their vote moves on to a candidate with a real chance of winning the seat to the Dáil (Irish Parliament). While it is not strictly proportional, perhaps it is much fairer than the straight vote system of other democracies in the world. Voter (s) can vote all candidates on the ballot paper Maximise the impact of each vote. It is best to give every candidate a preference. A voter may provide first preference to the candidate voter most want to see elected and then in descending order of preference down to the one voter like least. In other words, vot
Post a Comment
Ireland Ireland
Read more
More posts